Spectacular events in towns and regions

Seventeen years ago, Gad Weil created the company WM Événements which devises and stages spectacular events. He was behind the Grande moisson (Big Harvest) on the Champs-Élysées in 1990 (when there appeared to be fields of wheat growing in the Champs-Élysées) ; the Train capitale, an exhibition of trains also in the Champs-Élysées between May and June 2003 which in two months attracted six million visitors ; the Incroyable pique-nique (Incredible Picnic) where the French public was invited to picnic on July 14th, 2000 on a ‘green’ meridian line which was ‘drawn’ from north to south throughout the country ; and most recently, the Chinese New Year parade on January 24th, 2004. The town of Nice, which wanted to revive its famous ancient Carnival, has entrusted him with the Carnival’s artistic management for some years. Some of the events in which he was involved have been commissioned ; others are projects suggested by WM Événements. Some are one-off events ; others take place annually. All require extensive expertise which local authorities do not necessarily have. Do these new-style events contribute as much to promoting social ties as events from yesteryear ? Opinions are divided…

The entire article was written by: 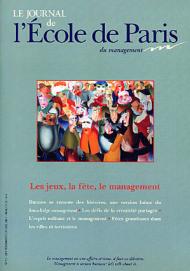 Google Analytics cookies
This site uses cookies from Google Analytics, these cookies help us to identify the content that interests you the most and to identify certain malfunctions. Your navigational data on this site is sent to Google Inc.

This website uses Google Analytics. By continuing to browse, you authorize us to place a cookie for audience measurement purposes.